The nominal exchange rate has been weakening since the beginning of this year due to two main factors:

Since the foreign exchange market constantly shrinks in volume, the main problem is not related to the volatility of demand, but to the insufficient supply of foreign resources.

In the prevailing monetary system based on inflation targeting and dual currency regime combined with huge euroization, the exchange rate can be stabilized only by increasing the policy rate, instead of intervening on the domestic foreign exchange market. Under present circumstances, this policy, however, will have recessionary effects. This concern motivated the National Bank to deviate from the rules set by inflation targeting, and to refuse to  reduce the repo policy rate when inflation went down to 2,7% y-o-y. However, the present level of the policy rate was not high enough to prevent further depreciation of the dinar.

Selling out resources from the official reserves is not a sustainable option. Additionally, disposable reserves are much lower than overall reserves. Therefore, a new arrangement with IMF to back up official reserves is a must. Fiscal deficits-cum-depreciation of the dinar are pushing the country to IMF’s embracement, whatever the official economic and monetary policy will be.

Fiscal deficits are increasing beyond regular financing opportunities set by prevailing tax codes and financial market size. Treasury keeps borrowing heavily, which drives up the interest rate. Additionally, such borrowing crowds out credits from the private sector. The yield curve of T bills is sharply increasing, which means that investors have negative expectations concerning price stability or the future country’s risk, or both.

Real interest rates are generally high compared to any international standards. The economy can hardly coop with these rates, particularly in the recession time.

Inflation is not currently a problem and corresponds to the Euro zone level. However, prices will increase in the second half of the year.

For the additional information, please see the attached file. 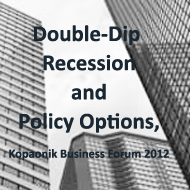 The most serious mistakes are not being made as a result of wrong answers. The truly dangerous thing is asking the wrong question. 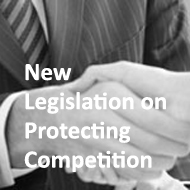